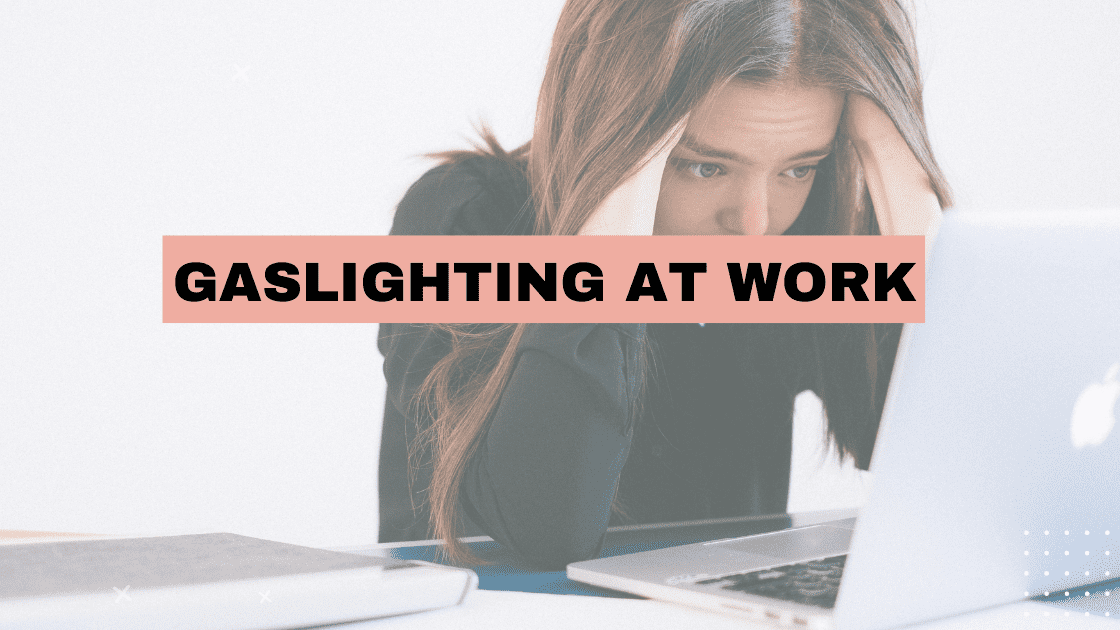 Gaslighting is a form of manipulation that can be used by anyone — including your boss. If you’re reading this article, it probably means you’ve encountered gaslighting in the workplace before.

But don’t worry: knowing about it now will make dealing with it much easier the next time you encounter it. If you’ve ever felt like someone was making you doubt your own sanity, then you know what gaslighting feels like.

Gaslighting is a form of manipulation where one person tries to make another question their own memory, perception and reality. Essentially, a gaslighter intentionally makes you distrust yourself as a way to control and manipulate you.

This article will help you if your boss is gaslighting you at work or if you are trying to avoid being gaslighted by your employer going forward.

Gaslighting is an increasingly common form of emotional abuse that manipulates a person into doubting their own sanity. The term comes from the classic Ingrid Bergman movie “Gaslight,” wherein a man manipulates his wife into thinking she’s losing her mind by manipulating her environment and denying his actions.

When someone is gaslighting you, they’re attempting to control you by making you distrust your own judgment, beliefs and emotions. A gaslighter might make you feel like you’re always wrong, insist that you don’t see things correctly, ignore your requests for clarification or refuse to accept your version of events as true.

When gaslighting happens in a work context, the gaslighter might ignore your input, deny your requests, claim you’re not doing your job well enough or insist that you’re not meeting expectations even after you’ve clearly surpassed them.

How Does Someone Gaslight You?

While there are many different ways a person might gaslight you, the basic process looks something like this: Your boss may deny something that you know to be true. Then, when you try to prove your point, he or she tells you that you’re wrong. If you try again and are presented with the same response, you may begin to doubt yourself and your memory.

As time goes on, you’ll begin to question your own sanity, and this will make you more dependent on your boss. When a gaslighter knows that you’re aware of what’s happening and still insists that you’re wrong, this is called “crazy making.”

The gaslighter might also try to turn others against you by convincing them that you’re unstable or unreliable. This is a way to isolate you and make you feel like you have no support.

3 Signs That You’re Being Gaslit At Work

If you think your boss is gaslighting you, there are three major signs that could point you in the right direction.

4. You’re being offered vague or unhelpful feedback. If you keep getting vague feedback and no constructive criticism, you might be dealing with a gaslighter.

5. You are constantly being corrected, even when you are right. If your boss is always correcting you, even when you’re right, you could be dealing with a gaslighter.

3 Things You Can Do To Stop Being Gaslighted At Work

If you’re being gaslighted at work, you can take steps to put an end to it.

1. Stand up for yourself

If your boss keeps telling you that you’re wrong and you know that you’re right, politely insist that you are correct. You don’t have to be combative, but you do have to stand up for yourself.

2. Learn to recognize the signs of a gaslighter. If you’re aware of what a gaslighter acts like, you can more easily fend off the manipulation.

If you truly feel that you’re being gaslighted at work, talk to someone about it. Whether this be a human resources representative or a trusted colleague, confiding in someone can help you take control of the situation.

Gaslighting can be a vicious form of workplace bullying that can make you question your own sanity. If you think your boss is gaslighting you, you can take steps to put an end to it. You should be able to trust your boss and feel comfortable speaking up if you’re being manipulated.

When you’re able to recognize the signs of a gaslighter and fight back, you can put an end to the manipulation and regain your confidence. That being said, it’s also important to note that a gaslighter may not always know that they are gaslighting someone. Sometimes people just want to be right, and they don’t realize they’re being manipulative.

If you feel like you’re being gaslighted, take these tips and put them into practice. With a little bit of effort you can stop being gaslighted and regain your confidence! 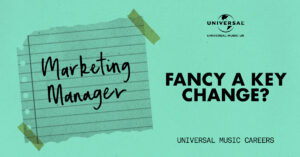 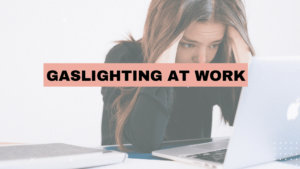